HARMONIX
The first self-made instrument I built from recycled material was HarmoniX that I prepared for Donau Dynamics, an interdisciplinary project we did in Bucharest in 2014. It was made out of almost hundred recycled harmonicas and some recycled Asian bamboo steamers. This instrument works like a shisha, it calls people for interaction by sitting around it and blowing different notes of the harmonicas through transparent silicon tubes. Harmonix was also a key element in my interactive musical performance called Networking Harmonies, which was presented as part of Montag Modus and it is also the beginning of a series of alternative music sessions. 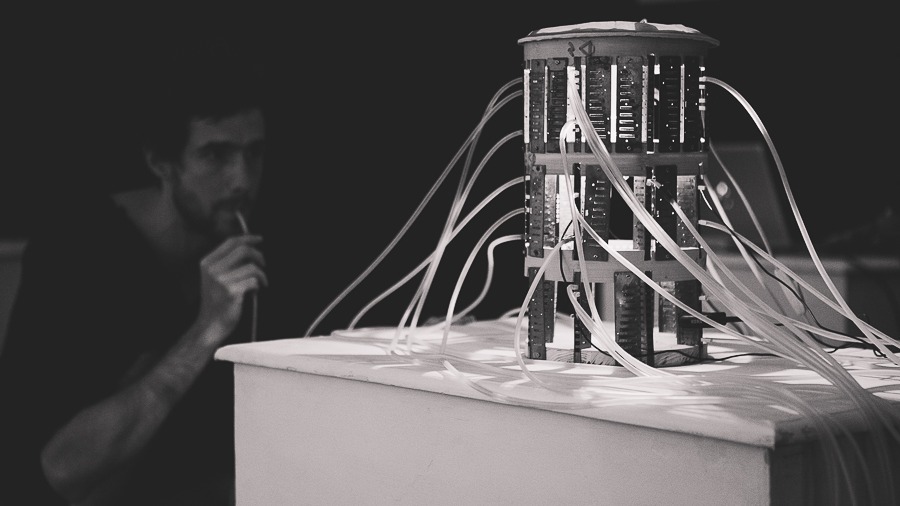 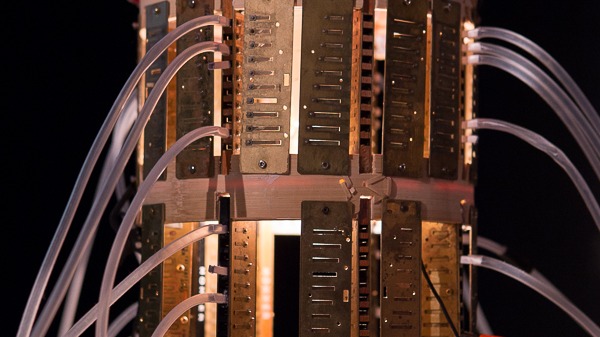 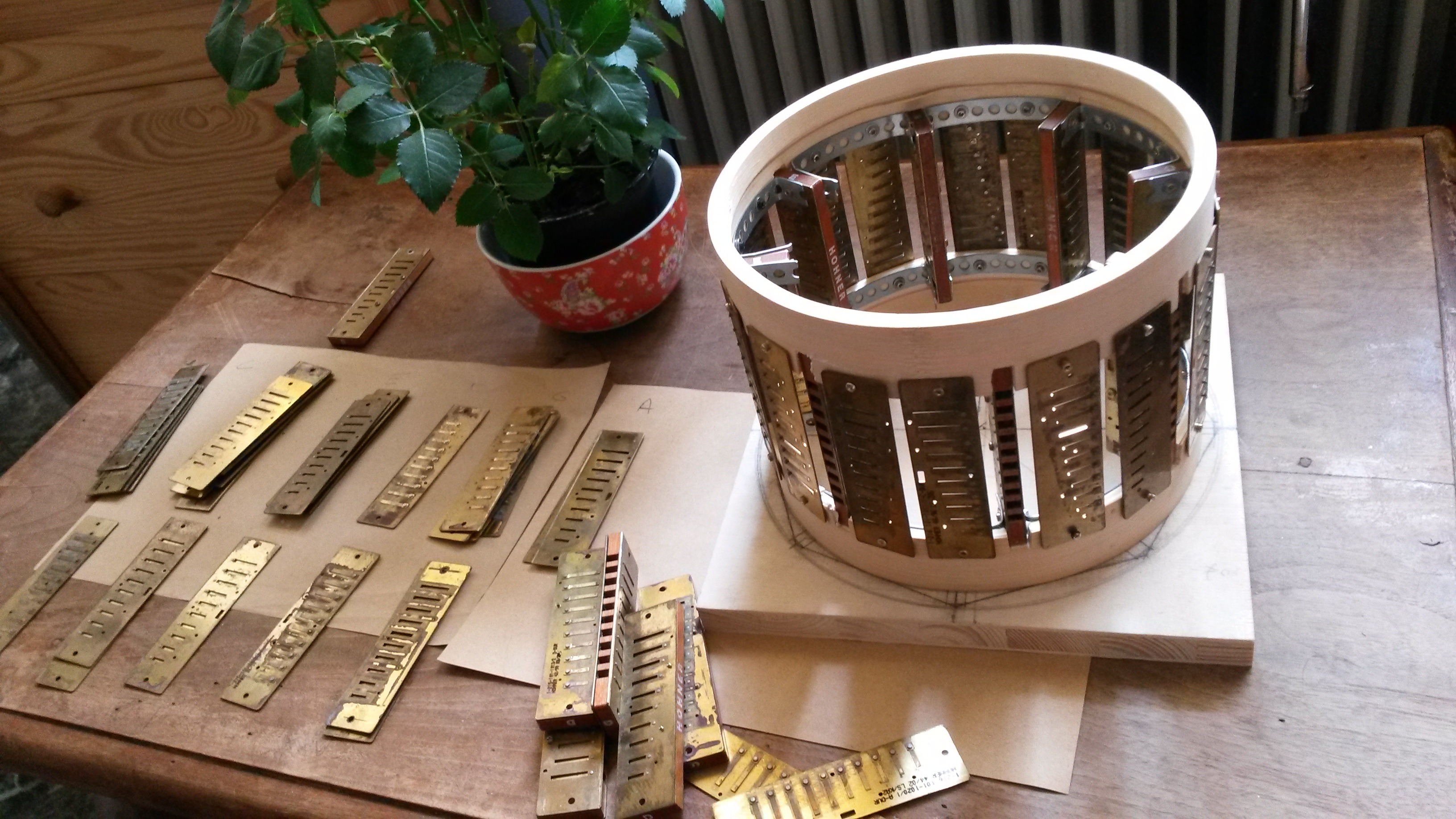 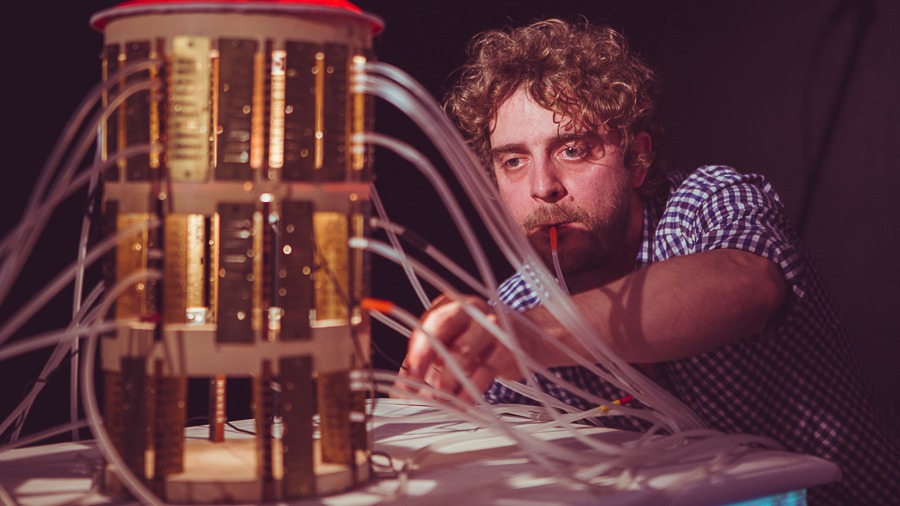 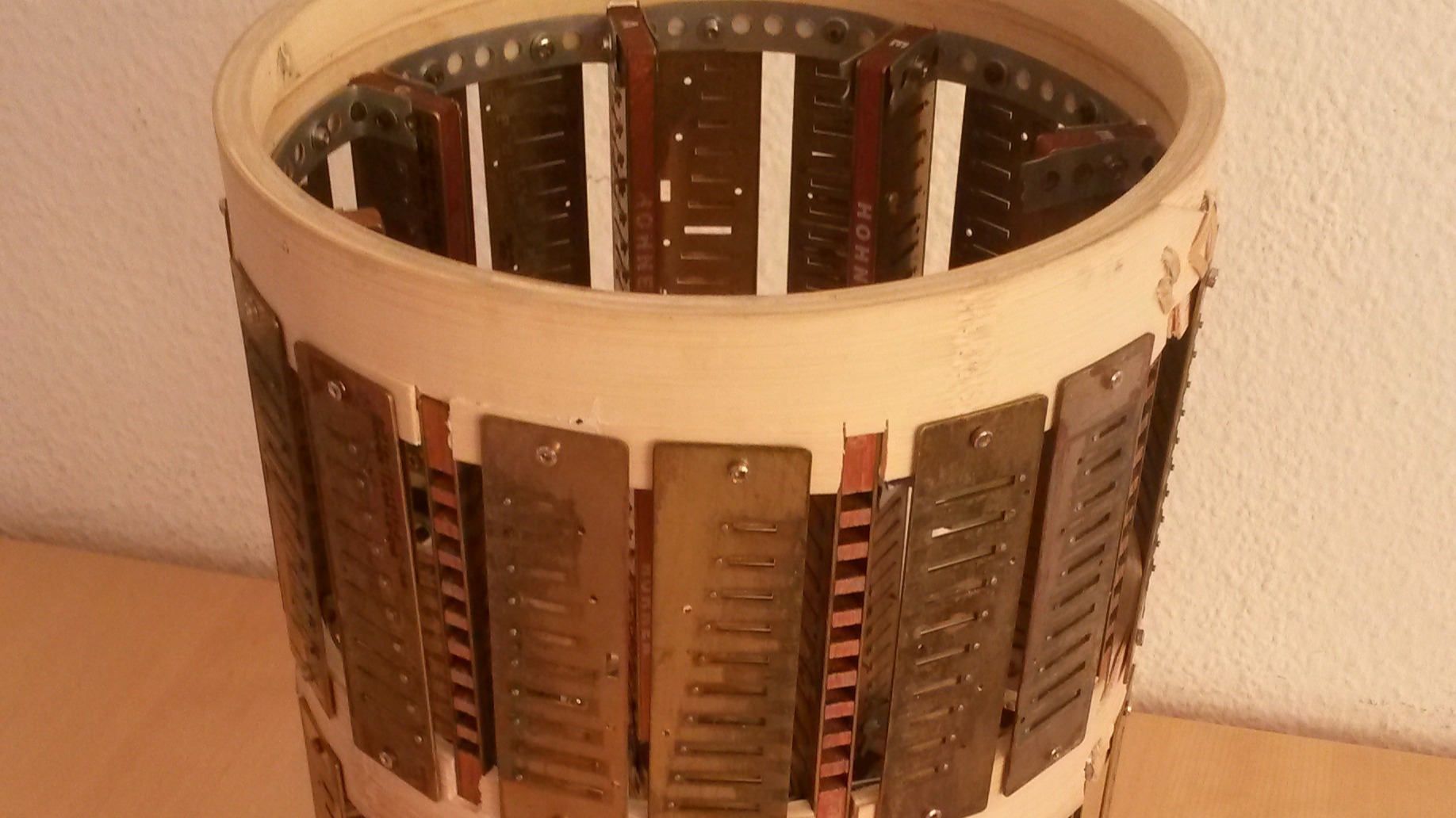 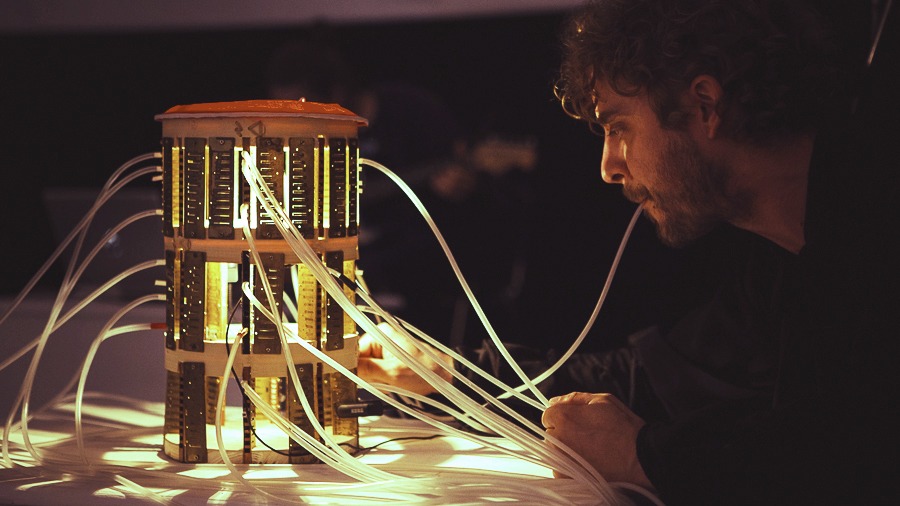